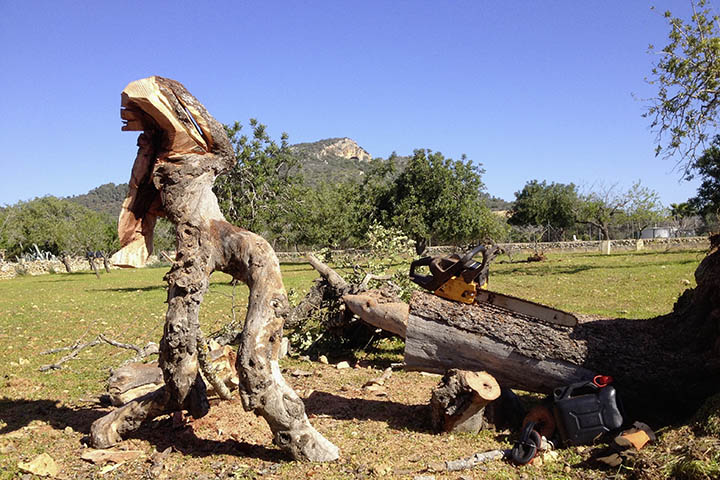 After years of working at the atlantic shore on the northern frisian island Sylt Hans Hushan turned south to the east coast of the balearic island Mallorca for carving archaic sculptures from almond and olive trees with his chainsaw.

His artwork shows influences from spanish history such as Talayot culture, the conquistadores, Picasso, Miro, or Dali, – and also the Franco fascistic regime period leaves some track on it. Literally according to Ernest Hemmingway´s lyrical work his sculptures are formal compressions in which different levels of information in a material, emotional, and conceptual way are condensed to a simple expression. Nature, art, and history are lead to a universal language of form which the artist calls “the code balear“. 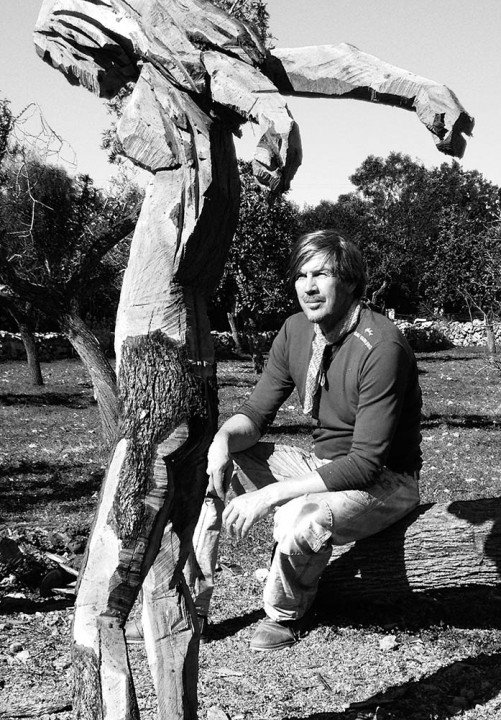